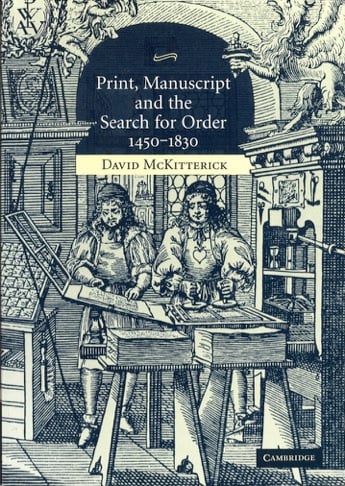 This book re-examines fundamental aspects of what has been widely termed the printing revolution of the early modern period. David McKitterick argues that many of the changes associated with printing were only gradually absorbed over almost 400 years, a much longer period than usually suggested. From the 1450s onwards, the printed word and image became familiar in most of Europe. For authors, makers of books, and readers, manuscript and print were henceforth to be understood as complements to each other, rather than alternatives.